We Give You Easy Ideas

How It All Started

The idea for this business was born on December 2017 when the founders Mariana Lessmann from Venezuela and Matt Ackerson from NY noticed there were few good gluten-free food options.

For Matt who is gluten intolerant (i.e. he cannot eat wheat, rye, or barley), eating was a torture.

At the supermarkets, there were few brands he liked, but not brands he loved.

Some brands were safe, some others weren’t (even though they had a gluten-free label on).

Eating bland and cross-contaminated food was the common thing.

Mariana used to cook an upgraded version of a Latin American dessert recipe "Alfajores" for family and friends back home.

On Thanksgiving 2017 she made them for Matt, and he couldn’t believe he was eating something gluten-free, tasty and delightful, but at the same time safe.

No pain or brain fog after eating (these are common symptoms of a gluten intolerant person).

The dessert was a complete success for a celiac!

Mariana and Matt decided to turn these soft "cookie sandwiches" filled with caramel or chocolate cream into a new food alternative for celiacs.

They came up with the name “Vookies, The Venezuelan Cookies” since Mariana is from that country.

They started selling them in coffee shops in Huntington, NY and within minutes, people started buying them. 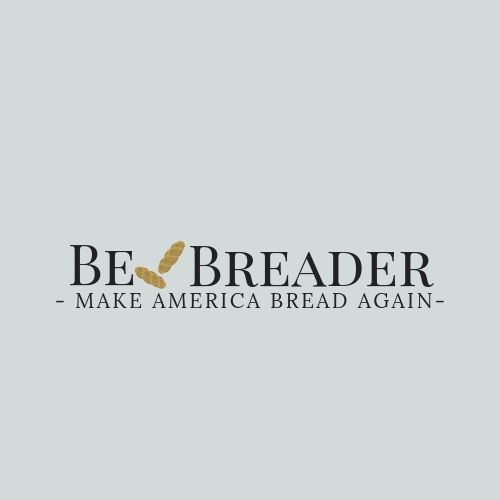 Evolution Of The Idea

The founders Mariana and Matt wanted to make an impact on celiacs lives.

After selling the first Vookies, they started to feel more inspired.

They thought about how complicated life for celiacs can be, and how could they make an impact in their lives.

Life is change and we change with it. So we evolved with the brand and took it to another level.

We didn’t want to settle down with just selling Vookies - The Venezuelan Cookies, we decided to change the name of the Company and improve what we can offer to people who are looking to eat safe but tasty.

Say hello to “Be Breader - Make America bread again”. A brand that will provide you with different ways and options for you to eat any food without gluten, especially bread that is the food that celiacs miss eating the most!

So we have a solution to your problem. Stop eating boring, start eating tasty with us!

We don’t want you to spend too much time cooking, so that’s why we’ll provide you with easy, tasty and safe recipes that can all be made in 30 minutes or less, with 10 ingredients or less, and in 10 steps or less.

A Better Life For Celiacs and Non-Celiacs

We traveled together for a year within Latin America (Dominican Republic, Costa Rica and Colombia). We learned about those countries gastronomy and started wondering how could we help celiacs to have a safer and tastier eating lifestyle.

We noticed there are few good gluten-free food options outside the U.S, and the awareness about celiac disease is very low.

Even though we are not nutritionists, we have been researching about celiac disease since there is no cure yet for it, and we are sharing everything we know because we want you to “Be Breader”!

While living in Medellin, Colombia for 6 months, we created "The Easy Gluten-Free Recipe Cookbook" with 39 easy and delicious recipes that will make you feel no stomach ache or brain fog after eating, and will make you spend less time in the kitchen.

This Cookbook will help you save money and time, and will make you enjoy delicious meals.

"The Easy Gluten Free Recipe Book" is for everyone!

Not only celiacs can “Be Breader”. People who are looking to cook easy recipes and not spend so much time in the kitchen, and are also looking to start a gluten-free lifestyle, are more than welcome to try.

We know celiacs miss eating bread and that’s why we want to make America bread again!

We have found inspiration in lots of entrepreneurs that have made social businesses, and we both agreed to destine part of the profits to the people in Venezuela who are going through a humanitarian, political and economic crisis.

We believe that there is a better way to satisfy celiacs.

We are convinced that the world would be a better place if there were more safe and delicious food alternatives for celiacs.

YES, I WANT THE COOKBOOK

Everyday we commit to make your gluten-free diet a better, tastier, and safer eating lifestyle.

Our mission is to bring to you easy and tasty recipes ideas to your table, and provide you with useful content so you can eat delicious without feeling sick.

YES, I WANT THE COOKBOOK

Your menu can change today.

We are Mariana Lessmann and Matt Ackerson.

Mariana graduated from Communications & Journalism in Caracas, Venezuela, and has over 10 years of experience as a writer. She has worked on Digital Marketing, and for over 10 prestigious Cable Television Channels aired in Latin America.

Matt graduated from Cornell University in New York. He started his own company in 2010, and has been running it by himself since then. Matt is an expert in Marketing, Sales, and creating 6-Figure Funnels for online businesses.

Over the past year we decided to start a company together and created "Vookies", that later expanded and became "Be Breader". We have been helping celiacs around the world to optimize and improve their health by incorporating safe and delicious meals into their daily menus.